As I’ve mentioned previously, one of my favorite Christmas presents this year was the new Disney cookbook, Chef Mickey – Treasures from the Vault & Delicious New Favorites, by Pam Brandon and the Disney Chefs.  I’ve been dying to jump in and give some of these recipes a try.
I’m making spaghetti and meatballs for dinner tonight, so I thought the Onion Pull-Apart Rolls from the Yachtsman Steakhouse would be a delicious accompaniment.  I looked over the ingredients and directions; not too complicated, but very time consuming.  Seriously, these things would take over five hours to make.  I’m sure I’ll try them someday, but not today.
So instead, I decided to try to invent a “cheaters” version.  As I’m not any more likely to be stingy with recipes than I am with food, I thought I’d share.
Cheaters' Onion Pull-Apart Rolls
Ingredients:
2 Tbs. water
1/2 cup dried minced onion
1/3 cup butter, softened
1 package refrigerated biscuits, 10 count
Directions:
Place the onion in a small bowl and sprinkle with water.  Allow to sit for about 20 minutes to soften.
Preheat the oven to 350 degrees and spray a standard muffin tin with non-stick spray.
Remove the biscuits from the package and flatten them with the heel of your hand.  Spread half of the biscuit with butter and sprinkle with a bit of the onion. 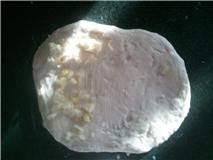 Fold the biscuit in half and repeat. (Your hands are going to smell really onion-y by the end of this; sorry.) 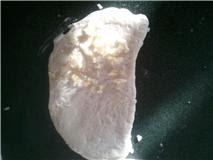 Fold in half again and stretch into a rectangular shape.  Spread on some more butter and sprinkle with some more onion.  (Hey, I said it was easy.  I didn’t say it was low-calorie.)

Curl the strips of the dough into the muffin cups with the layered edges facing up.  Spread with remaining butter and sprinkle with the rest of the onions.

I'm on Top of the World

My Disney dorkdom has reached new levels.  Just when I thought I couldn’t get any geekier, I have found a way; a few, actually.
First, I was going through a typical day at work when I got a call from my husband.  “Teri,” he asks, “Did you contribute to a Disney guide?”
My reply (demonstrating my typical on-the-ball response time and quick wit) was something along the lines of, “Huh?”
Ray continues, “I was doing a search for your blog and Googled ‘Teri Sizemore’ and ‘Disney’, and I got a link to Amazon.  It says you’re listed in the 2011 Unofficial Guide to Walt Disney World.”  I immediately flew out of my office and into my bathroom (I had been reading my copy of The Guide in the tub the night before. Don’t laugh; you know you do it, too.)  Sure enough, on page 11 I am given credit as a fact-checker.  I felt so cool!  I immediately posted about it to Facebook, and took my copy to Pippin rehearsal that night to show off to all of my friends.  I called my aunt, my mother, my hairdresser, my neighbors, my daughter’s principal; what do you mean I got carried away?
The second one I can’t claim a lot of responsibility for, but I love it all the same.  For Christmas, my husband made me a couple of t-shirts to wear to Walt Disney World promoting my blog: 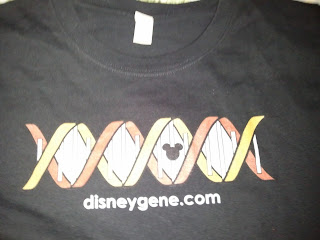 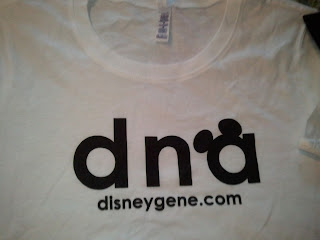 Am I a big enough Disney dork to wear my own merchandise to the parks?  Don’t be silly; of course I am!
And naturally, my house was decked out in its typical Disney decorations for the holidays; my Mickey topiary in the front yard was sporting a Santa hat, I had a Mickey Christmas wreath on my front door, Disney stockings hanging from Disney stocking holders on the mantle, and lots of beautiful Disney ornaments on my tree.  And to top it all off, my husband even gave me the new Disney cookbook as a present as well.  Now I only have to decide which of the recipes I’m making for dinner tonight…
Have you found new ways to flaunt your love of Disney lately?  Please share them with me at http://www.facebook.com/disneygene!

Disney Magic in the Real World

We’ve all come to expect some level of the Disney magic when we visit the parks.  But every once in a while, we get a surprise: Disney magic in the real world.
A few months ago, I was in a local production of Neil Simon’s “Rumors”.  One of my lines was: “Don’t make it sound like we’re going to Washington.  We’re going to Albany.  Twenty-three degrees below zero in the middle of winter Albany.”  Right after the show wrapped, where do you think work sent me?  That’s right: Albany.
Needless to say, I wasn’t expecting to encounter any Disney magic on this trip.  I’ve been to scores of bankers’ conferences and let me tell you, there’s nothing magical about them.  But this one was different.  You see, the keynote address was The Disney Institute: Disney’s Approach to Leadership Excellence. And believe me, the speakers truly showed what excellence was all about.
It started out with me sitting in the back of the room.  As I was an exhibitor, I didn’t rate a seat at one of the tables – those were saved for attendees.  But if the conference coordinators thought that my second class status would limit my participation, they were in for a big surprise.
You see, to get the audience involved Hugh and Mary (the presenters) kept asking Disney trivia questions.  Um hi; I’m Teri.  If there’s one thing I love almost as much as Disney, it is trivia.  They even threw in a few sports questions.  It was like the entire presentation had been tailored just for me! Now granted, these were really easy questions for any Disney fan.  I identified a photo of Roy O. Disney, I knew who Oswald the Lucky Rabbit was, and I knew the historical significance of Plane Crazy.  But Hugh and Mary were really wowed.  They are used to talking to normal people, not Disney dorks like me!
Of course, they were wise to me after just a few questions.  They would ask a question, my hand would shoot up, and Hugh would say, “Okay, can someone besides Teri answer this?”  It was scarily reminiscent of high school, let me tell you.  But how awesome was it that that they already knew my name?  And during the course of the presentation, they started announcing some trivia facts about me to the group: that I had traveled nine hours to get there, that I was there exhibiting as a flood zone determination expert, and even little tidbits of information about my love for Disney.  And I had told them none of this.  They had taken the time to secretly ask others about me while they were doing their presentation, just to make me feel special and to thank me for being a Disney fan.
When the presentation was over, they took the time to seek me out.  Mary gave me a big hug, and Hugh tried to stump me with some “harder” Disney trivia questions. I think he was just trying to make me feel good, because they weren’t all that hard (like I’m not going to know who Yensid is; now come on.)  They even gave me a few souvenirs:  two small plastic figurines and a copy of Lee Cockerell’s Creating Magic.  I was so grateful, I nearly cried!
Non-Disney people ask us all the time why we love Disney so much.  While we all love the parks, the resorts, and the movies, I think most Disney fans will tell you that the real magic is in the wonderful people that comprise the Disney family – starting with Walt and continuing with wonderful cast members like Hugh and Mary.  I for one will never forget the magical time I had – in Albany.